Flu Shots: To Get or Not To Get 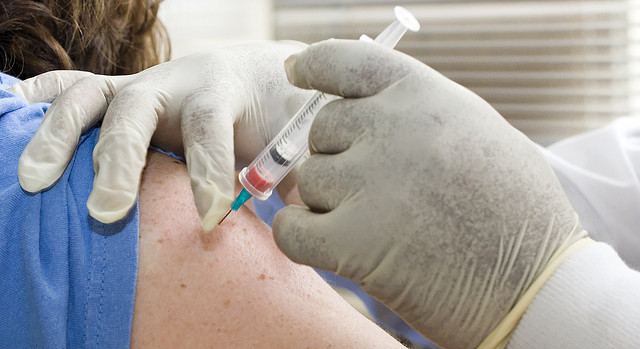 Believe it or not, it’s almost time again to start thinking about getting a flu shot.

The Food and Drug Administration (FDA) is releasing the first lots of the influenza (“flu”) vaccine for the 2013-2014 season. Ultimately, these vaccines end up in your doctor’s office, your local pharmacy or a nearby clinic.

Flu could lead to a more serious condition. It is important to remember that in our young and elderly populations, and in anyone whose immune system is weak or otherwise compromised, the flu can lead to something more serious, such as bronchitis or pneumonia, that can be very dangerous or even fatal. This is a key reason why there is discussion every year over whether those in the elderly population should make the flu vaccine a priority.

When exactly is flu season? Flu season can start as early as October and can continue through May. The highest number of cases is usually seen during December through February.

What does the flu feel like? Some people don’t know whether they have a bad cold or the flu. Unfortunately, the flu goes above and beyond typical cold symptoms, though nasal congestion, cough, runny nose and other cold-like symptoms are certainly present. Other typical flu symptoms could include:

Due to reasons ranging from convenience and availability to religious beliefs to even stubbornness, many in the elderly population simply do not get immunized. Sometimes, these are the ones who get the flu and then pass it on to others.

No matter what your age or the state of your health, it’s important that you speak with your doctor or a trusted health care professional about your individual situation and the pros and cons of a flu shot for this upcoming season.

← Your Aging Skin Planning Ahead: End of Life Decisions →